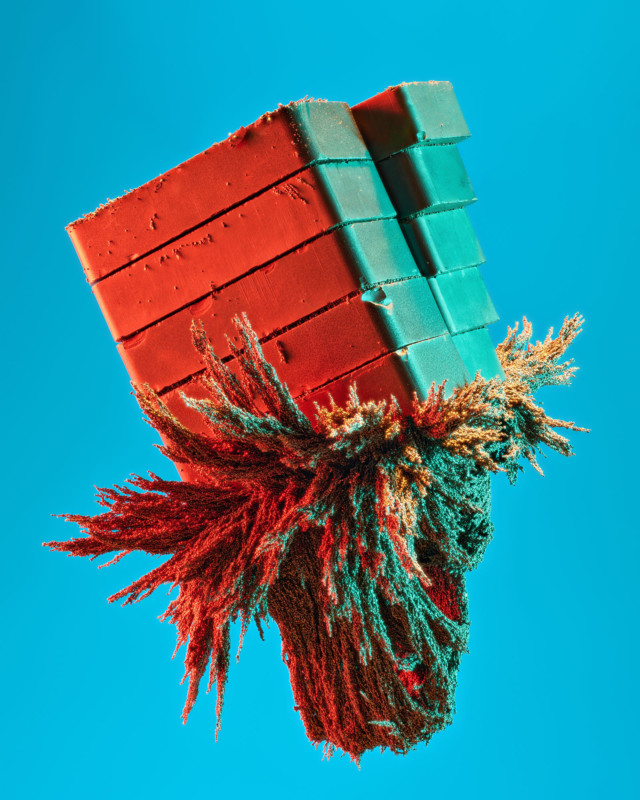 Reminiscent of computer-generated imagery (CGI) and inspired by particle physics, the photographer’s images aim not only to playfully deceive the eye, but also to stimulate the imagination. 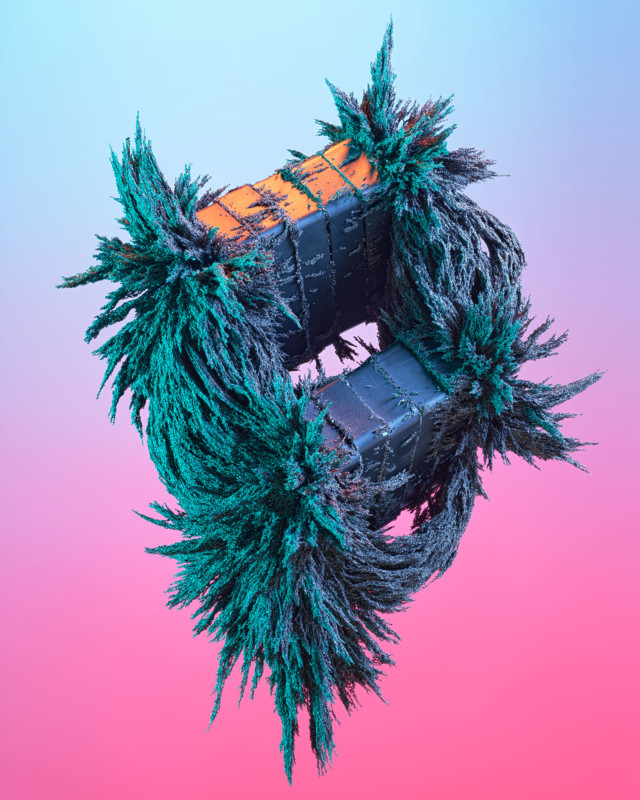 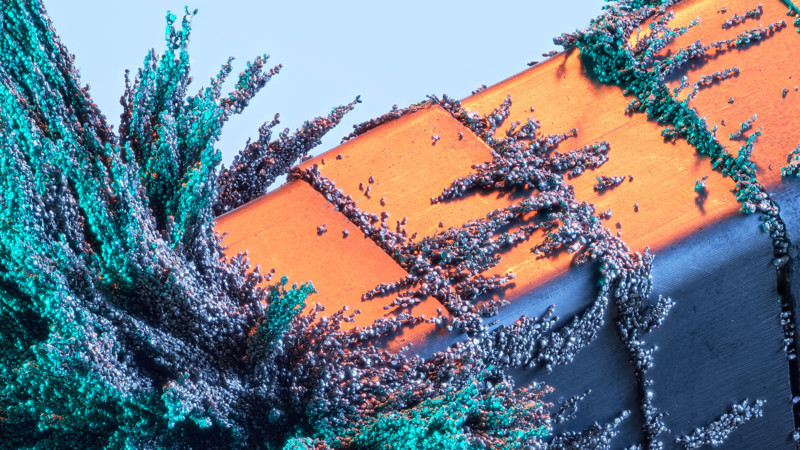 “I set out to create an abstract representation of something that, by definition, is impossible to photograph: dark matter, a theoretical form of matter that does not interact with the visible spectrum and cannot be detected directly, but who is responsible for keeping galaxies, like our own Milky Way, glued together with its gravity. Now in its third iteration, Black matter begins to transcend its original purpose,” says Henderson.

Born at the height of a creative drought for the photographer, the idea of Black matter The series emerged when Henderson chose to focus on passions off the court. Hoping to merge two interests and spark inspiration, Henderson explored his feelings of admiration for the natural world and science. 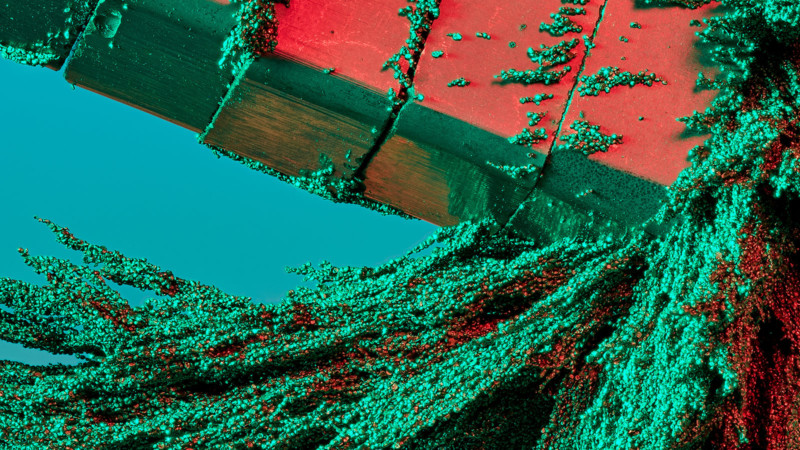 “I started reading and learning about subjects that I didn’t understand at all, but found captivating. I think I became addicted to the awe and wonder that came from examining strange but fundamental aspects of nature. I wanted to try to create something that linked photography to this wonder of the universe. Anderson says while talking to PetaPixel. 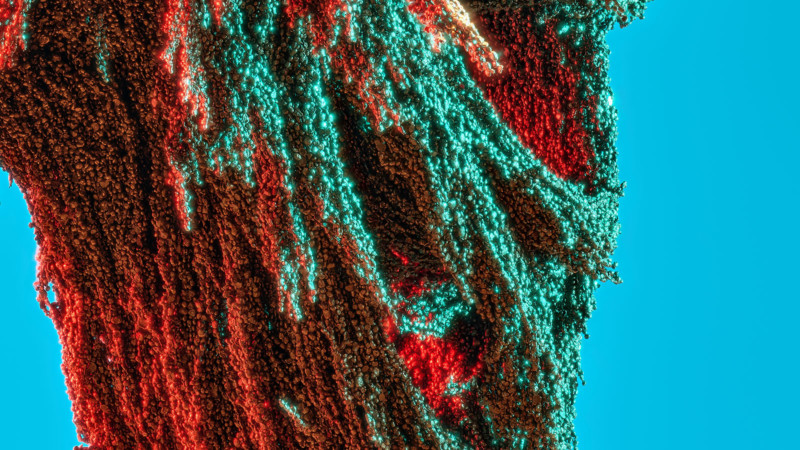 “I chose to focus on dark matter which is theorized to hold galaxies stuck together due to its gravity, but itself is completely invisible to us. An invisible form of matter allows for broad interpretation, but magnetism is an invisible force that has visible effects, which seemed like a good place to start.

Using magnets and metallic grains, he sculpts the materials into a crystallized display of fascinating structures, set with complementary fluorescent-like lighting. Henderson’s shots are captured in a small home studio in a process that has proven to be just as intriguing as the finished works themselves, as shown in the video below.

“Magnets are suspended on fishing lines, then grains of iron are introduced into the magnetic field. Sometimes I sketch roughly what I want the structures to look like. Other times I tweak the magnets and grains until I find an interesting shape, then push it further. With a little intention and patience, the sculptures can start to take on some really interesting properties,” he explains.

Once the sculptures are complete, they are lit and dozens of shots are taken at different focal points, which are then layered into a single composite. 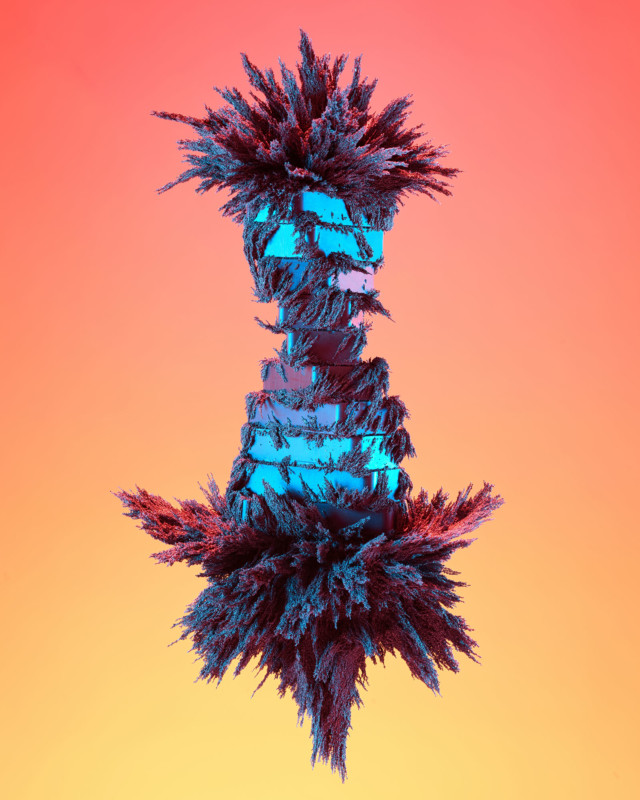 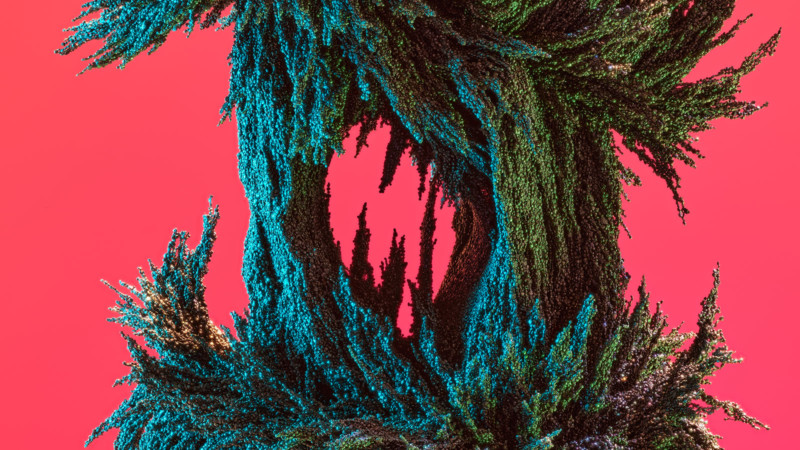 “Final editing is done in Photoshop, including removing fishing line and any other small fibers that end up on structures. Aside from stacking and light editing, the post-production process is minimal,” he added.

This method gives each composition its own distinct cyberpunk-like spatial aesthetic while emphasizing its unique texture and detail. Viewers oscillate between an abundance of visual intrigue and are rewarded with subtlety and close inspection. 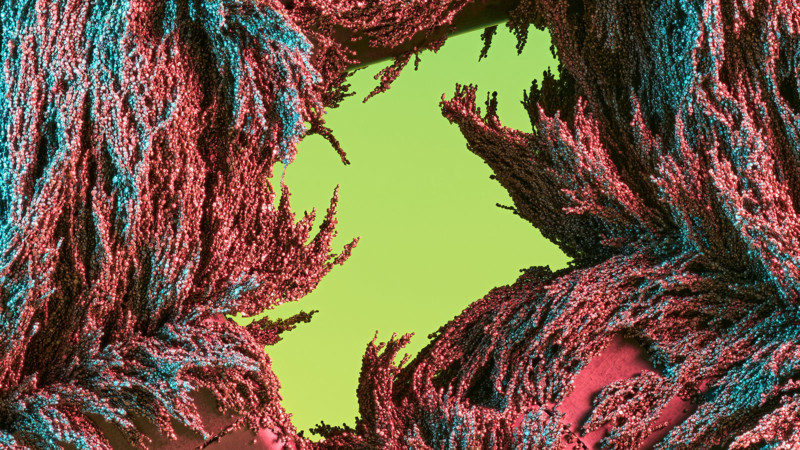 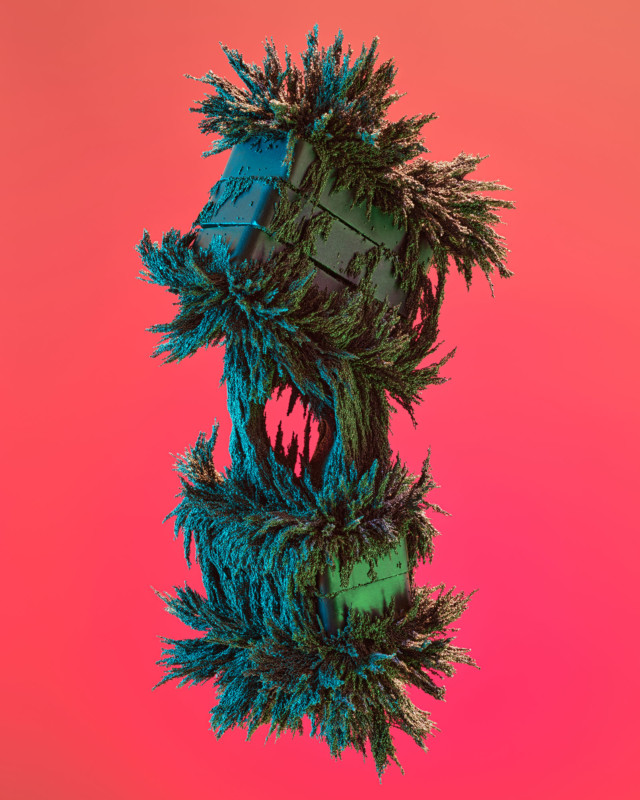 Henderson rejoiced that in this most recent iteration of the series, the structures continue to evolve into new forms.

“Although the inspiration has not changed, the forms I force the grains into have now begun to take on aspects of various imaginary objects. Sometimes I see the sculptures as microscopic life magnetically held together in the microgravity of space. Other times, their ambiguous scale can resemble huge alien structures suspended in nebulae. I like finding new ways to see them and letting that roughly influence the shape of the structure. » 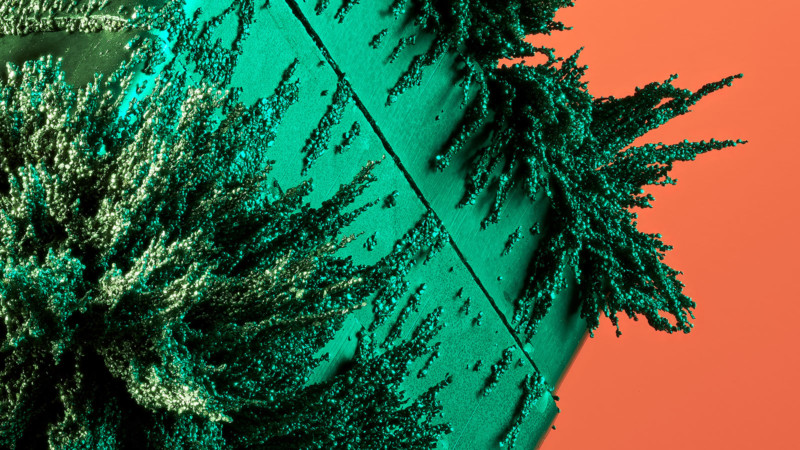 Henderson also sought to make color a main focus of this latest shoot, which proved difficult given his minimalist approach to his studio space,

“I don’t own a lot of studio equipment, so I made do with what I had and tried some color changing bulbs. They turned out to be really effective, but not particularly bright. Because of this, exposures were quite long, especially for a studio setting. Each exposure would take between 20 and 40 seconds depending on the color and intensity of the lights. On top of that, the images are brought into focus with 30-40 frames, so each final piece would require up to just over 25 minutes of total exposure time,” says Anderson. 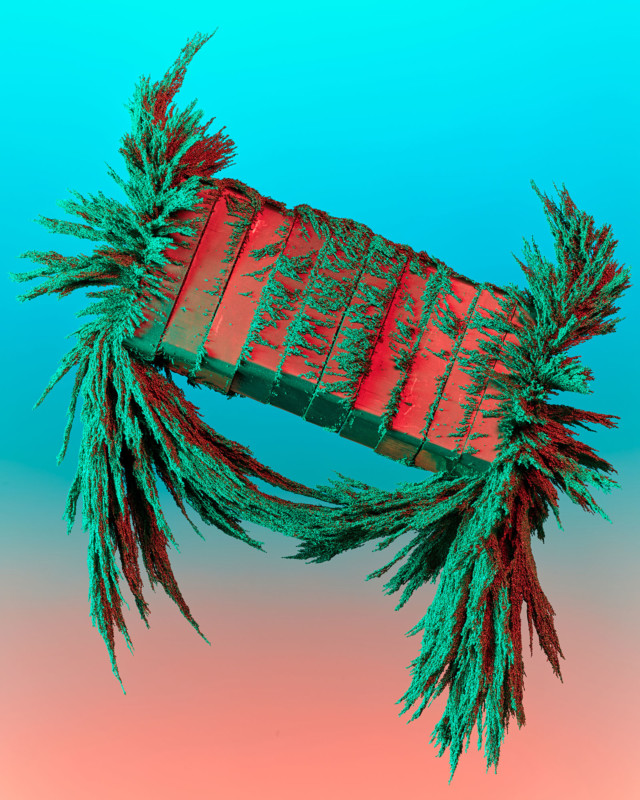 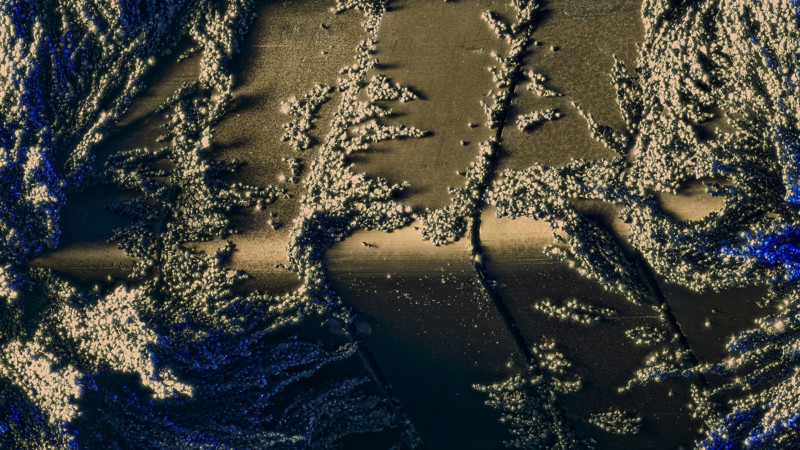 When it comes to the gear he uses, the photographer enthusiastically expresses his affinity for tools that offer texture and high resolution.

“I’m a sucker for texture, and these magnetic sculptures are extraordinarily textured, so it’s important to me to render that texture with as much fidelity and resolution as possible. For this reason, the series is captured with a Phase One XF IQ4 150 MP medium format camera. […] with a Schneider Kreuznach 120mm LS BR f/4 macro lens. I log into Capture One and use the magnified live view on MacBook Pro to make fine adjustments from the camera’s perspective. 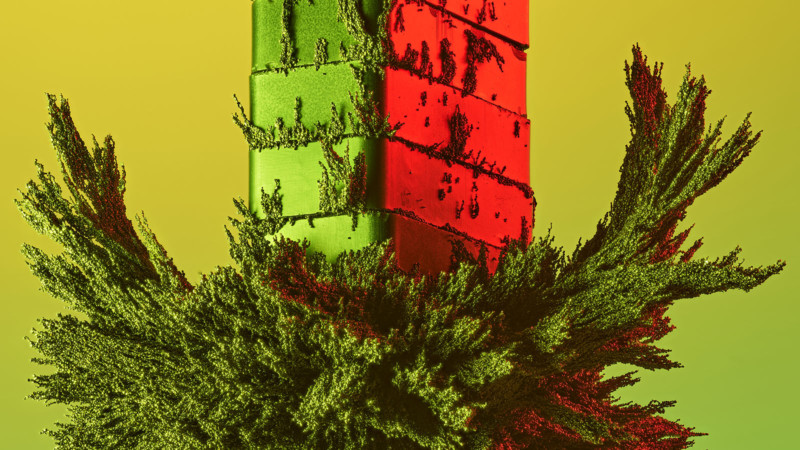 Through the Black matter series, Henderson found that the project continues to spark more questions than answers and “plucks the strings of our shared insatiable curiosities.”

“For me, a good photo prompts a question or arouses curiosity while presenting an interesting or unique aesthetic. It’s a hard thing to describe and it’s easier to tell when you see it. It doesn’t have to tell a story, but it has to create a desire for more, whether it’s more pictures or information. […] I’m not a scientist, but if I can start conversations or arouse someone’s curiosity about science, I feel like I’ve contributed, even in a microscopic way, to this very human project of exploration. of the wonderful and strange situation in which we find ourselves.” 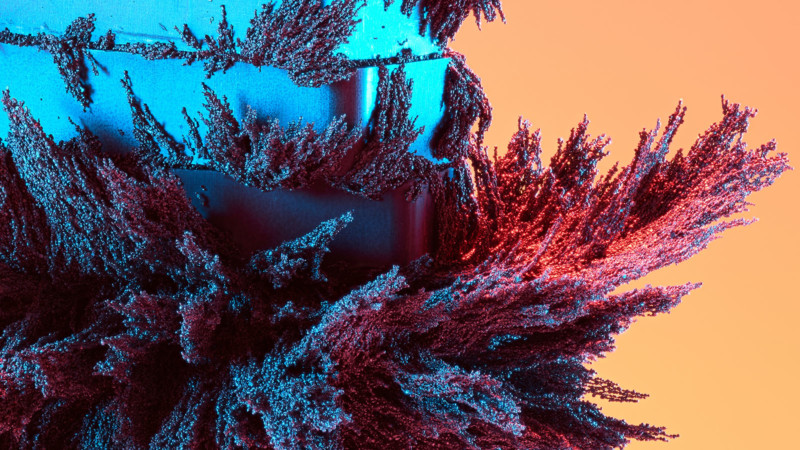 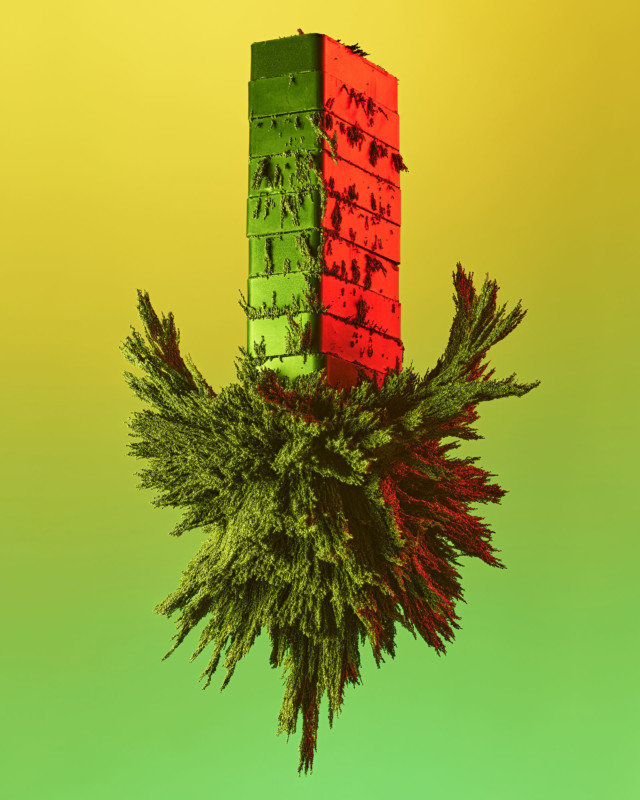 Despite the few unique emails, feedback on Henderson’s work has been positive,

“I am very grateful for that. I received a 1,998 word email (no joke) trying to convince me that dark matter doesn’t exist, which made me laugh, but not because the author dismisses the existence of dark matter. dark matter because it is still not technically proven. Dark matter is considered by many to be the best explanation we have for what we observe in the universe, but whether or not it exists as we think it does is still a question. If the work sparks a conversation, especially about science, I consider it successful. 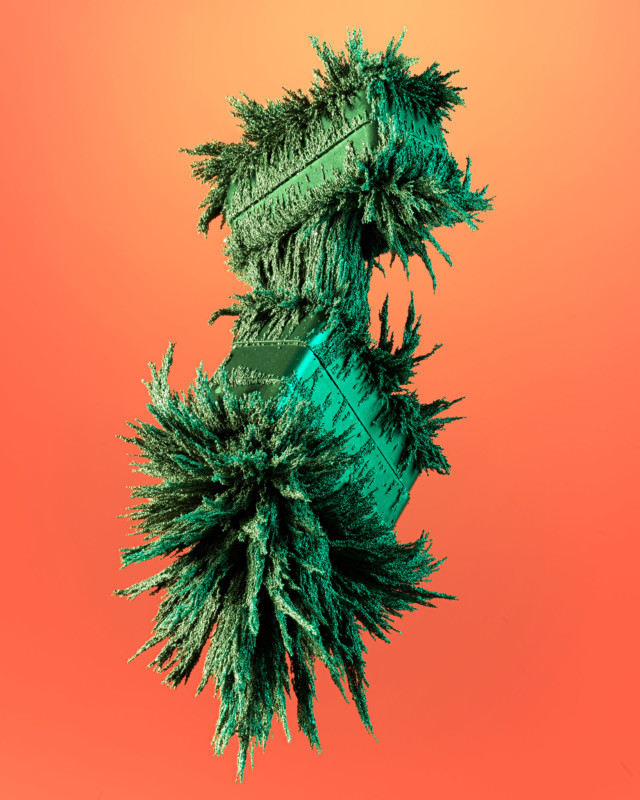