I was filled with hope when I read the first draft of the Global Biodiversity Framework (GBF) in mid-2021. It seemed that the parties to the UN Convention on Biodiversity had learned the lessons of a bitter experience – the failure of the Aichi Biodiversity Targets, set for the previous decade. Instead of vague goals, the draft framework incorporated most of the advice that the scientific community, myself included, had gathered. It contained ambitious quantitative thresholds, such as those for the area of ​​the ecosystem to be protected, the percentage of genetic diversity to be maintained and the percentages of reduction in global extinction rates, pesticide use and harmful subsidies to the biodiversity.

Then came the brackets. In the world of politics, they mark proposed amendments on which the parties do not yet agree. Brackets have proliferated at an alarming rate throughout GBF text, enclosing, neutralizing and paralyzing goals and targets. As of July 2021, in a version of around 10,200 words, there were over 900 pairs of brackets.

Brackets sprouted with particular vigor in sections that could make the biggest difference to a better future because of their precision, ambition, or conceptual novelty. Almost all quantitative thresholds had been bracketed or disappeared. 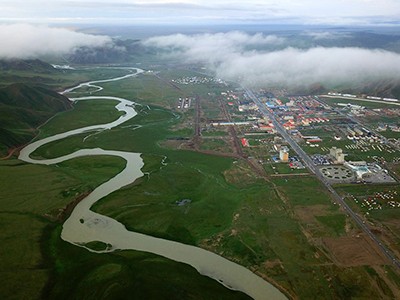 The United Nations must meet its new biodiversity targets

I applaud the new emphasis on gender justice (with a new dedicated goal 22) and on financial resources and capacity building (goal 19). I wonder why other key aspects weren’t given the same treatment and were instead compressed almost beyond recognition. For example, the first draft emphasized that species, ecosystems, genetic diversity and nature’s contribution to people each require their own specific and verifiable outcomes. Now they’ve coagulated into a vague but wordy paragraph.

This thicket of brackets stifles the GBF and the hopes of those of us who see transformative change as the only way forward for life on Earth as we know it.

In a titanic effort, a streamlined proposal from the informal group on GBF has halved the brackets for parties to consider when they meet in Montreal, Canada, for the 15th Conference of the Parties (COP15) from December 7-19. .

We need text with teeth – and a lot less square brackets. This is what we have learned in the 30 years since the founding Rio summit in 1992 drew attention to the impact of human activities on the environment: a strong, precise and ambitious text by itself does not guarantee successful implementation, but weak, vague, toothless text almost guarantees failure.

It was no surprise when the Convention on Biological Diversity officially declared the failure of its ten-year Aichi targets. Those involved at the international interface of biodiversity science and policy were already discussing how to do better over the next decade with the GBF. 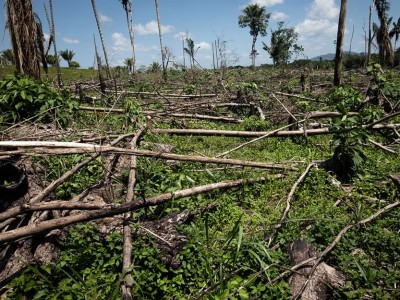 Crucial biodiversity summit to be held in Canada, not China: what scientists think

The scientific community has risen to the occasion. In just three years, we have produced the first-ever intergovernmental assessment of life on Earth and what it means to people: The Global Assessment Report on Biodiversity and Ecosystem Services IPBES (Intergovernmental Science-Policy Platform on Biodiversity and Ecosystem Services), which I co-chaired. It was ready in time for the original 2020 date for COP15, before the global disruption caused by COVID-19. It was the most comprehensive synthesis of information on the subject ever published, an inclusive conceptual framework involving diverse disciplines and knowledge systems, and unprecedented participation of indigenous peoples.

Then, in 2020, we brought together an interdisciplinary team of over 60 biodiversity scientists around the world and, within months, produced detailed suggestions for the GBF’s goals. Since then, we have made the most of the many postponements of the pandemic by issuing a series of specific evidence-based recommendations on targets, scenarios and implementation.

Scientific opinions converge. First, the GBF must explicitly address every facet of biodiversity; none is a good substitute or umbrella for the others. Second, biodiversity targets must be more ambitious than ever, accompanied by equally ambitious targets, concrete actions and sufficient resources to achieve them. Third, goals must be specific, trackable, and coordinated.

Fourth, formally protecting some of the world’s most pristine ecosystems will by itself be far from enough. Nature must be integrated, integrated into the decisions taken for the landscapes in which we live and work on a daily basis, well beyond protected areas. Finally, and most importantly, the goals must focus on the root causes of biodiversity loss: the ways in which we consume, trade and allocate subsidies, incentives and guarantees.

From my previous experience, I expected objections to certain items – pesticides and subsidies, say – but they are everywhere. Only 2 of the 22 objectives do not have parentheses. Ironing out objections takes valuable time. Because the framework can only be enshrined by consensus, too many objections can lead to too many compromises.

Now, to avoid failure, we urge the governments gathered in Montreal to show courage, foresight and open-mindedness, and to produce a visionary and ambitious framework for biodiversity, based on knowledge. The awareness and mobilization of their constituents has never been greater, the evidence in their hands never so clear. If not now when?

The author declares no competing interests.