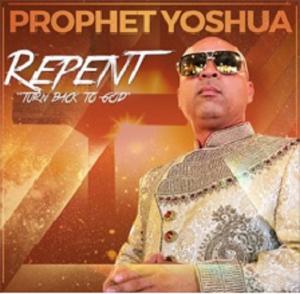 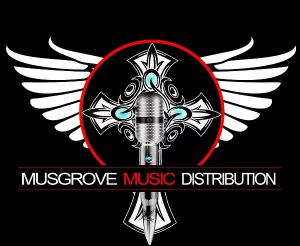 Musgrove Music Distribution is the “one stop shop” for all your music production and distribution needs. 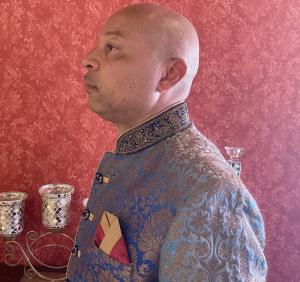 Prophet Yoshua uses music, ministry and outreach to send a message of love, hope and warning to the nations.

This new single brings a unique blend of music and ministry through strong messages of hope and responsibility, cutting-edge beats and candid lyricism!

There is no one on the planet like him. Prophet Yoshua has a powerful style all his own. His music has a way of reaching deeply into the hearts of listeners, impacting them on a very personal level.

MIAMI, FLORIDA, UNITED STATES, Dec. 2, 2022 /EINPresswire.com/ — Joshua J. Vallaire, aka Prophet Yoshua, is no ordinary musical artist. His music and his approach to questions of God, faith and life combine into a powerful artistic body that quickly attracts fans and admirers from all walks of life. His awesome new single “Repent ‘Turn Back To God'” blends modern music with timeless biblical principles, and it’s impacting listeners while climbing the charts at breakneck speed! Click “REPENT” now to get your copy of this incredible searing recording!

Daniel Musgrove, CEO and Founder of Musgrove Music Distribution, could barely contain his excitement at the prospect of Prophet Yoshua being part of the MMD family.

“This man is an entity unto himself!” Musgrove said. “There is no one on the planet quite like him. Prophet Yoshua has a powerful style all his own, and his music has a way of reaching deeply into the hearts of listeners and touching them on a very personal level. Musgrove Music Distribution is very proud to represent him in his musical projects.

Since the release of his EP “The Coming”, Prophet Yoshua has received critical acclaim and countless accolades from industry players. It has amassed over 100,000 streams on Spotify and other streaming platforms, and it has garnered attention internationally. In the short time that “The Coming” was released, his music has already gained strong positions on the Indietop Chart, beating out literally hundreds of other independent artists from various musical genres internationally.

Prophet Yoshua was born in the city of New Orleans, known for its rich culture deeply immersed in musical diversity. There is no doubt that the city influenced his love for music during his formative years. He and his family moved to Lake Charles, LA, and music was already an integral part of his life. As a young man, he sang in his elementary school choir and was part of the boy band “Special Production”, where he won first place in talent shows all over the city. At the time, he listened to and performed R&B music, and he attributes much of his early musical influence to artists such as Michael Jackson, New Edition, Babyface, Teddy Riley and others. In his early adult life he toured with Brian McKnight, Lorenzo Smith and other major artists in the industry.

As his focus in life became more Christ-centered and directed toward all things divine, Prophet Yoshua’s musical tastes and influences also changed. He enjoys all gospel and Christ-centered music, but his listening tastes gravitate towards artists such as Marvin Sapp, Jekalyn Carr, Fred Hammond, Deitrick Haddon and others. He understands the power music has to influence listeners, and his goal is to use the power of music as a method to reach people at the deepest levels.

“I would say the genres of music I sing are ‘prophetic Christian’, inspired gospel and Christian hip-hop,” says Prophet Yoshua. “I am inspired by the Holy Spirit to spread to the nations what the Spirit of the Lord says. I deliver a message from Almighty God to His people. Her single, “Repent, Turn Back To God” does just that with its brilliant mix of scripture and advice that balances strong themes of inspiration, love, hope and warning. Prophet Yoshua has a message from God and he intends to share it with the entire planet.

Prophet Yoshua currently resides in Houston, Texas. When he is not pursuing musical activities, he is active in his community. He is the owner of Come Home Shelter, an organization whose mission is to help families in need in the Greater Houston area. Additionally, he hosts a weekly talk show titled “A Prophetic Hour with Prophet Yoshua.” He is also the author of a book called “Church Hurt: Wounded & Left For Dead”, which discusses how to deal with the consequences of conflict and misunderstanding in faith-based organizations. Through his music, community outreach and various media, Prophet Yoshua positively affects lives and shares messages of love and goodwill to the masses. The world looks forward to more music and inspiration from this incredible artist in the near future.


EIN Presswire’s priority is source transparency. We don’t allow opaque clients, and our editors try to be careful not to weed out false and misleading content. As a user, if you see something we missed, please bring it to our attention. Your help is welcome. EIN Presswire, Everyone’s Internet News Presswire™, attempts to define some of the boundaries that are reasonable in today’s world. Please see our editorial guidelines for more information.