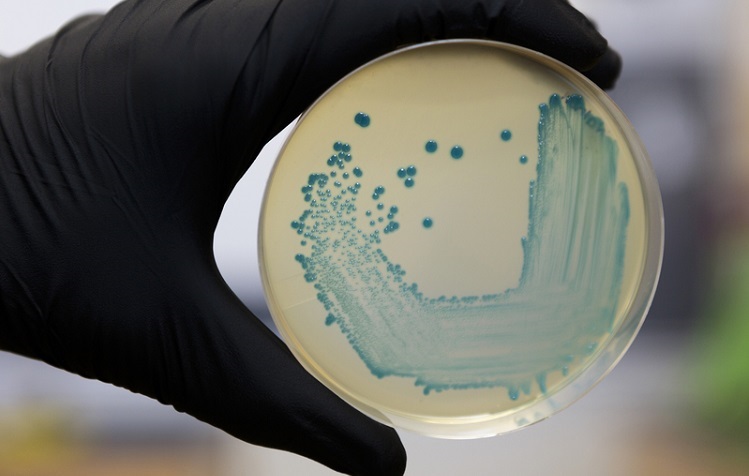 Researchers conducting a whole genome sequencing study in South Africa have uncovered another frightening layer to the rise of resistant bacteria around the world, this time in the food processing industry.

According to the study, not only are deadly bacteria developing resistance, but now previously “harmless” species of bacteria are also adapting potentially harmful characteristics.

The researchers’ study focused on a common culprit:Listeria. Listeria monocytogenes, a potentially deadly foodborne bacterium, is known to develop resistance to various food safety measures around the world. Past listeriosis outbreaks in the United States have been linked to unpasteurized raw milks and cheeses, deli meats, and other raw or undercooked foods. Although the disease can still be treated with antibiotics, it is potentially fatal for pregnant women, people over 65, and those with weakened immune systems.

Previously, harmless listeria and Listeria welshimeri the strains were considered harmless if transferred from food to humans. But the new study published in Microbiological spectrumshows that this may not be true for much longer.

For the study, Thendo Mafuna, professor of biochemistry at the University of Johannesburg, and his team collected 258 raw, dried, processed and cooked samples of beef, chicken and pork from several locations across South Africa. South, including food processing facilities, butcher shops, grocery stores. and cold rooms. While the vast majority of isolates in food were pathogenic strains (L. monocytogenes), the team identified 41 non-pathogens belonging to the L. harmless and L.welshimeri strains.

Analysis of the whole Mafuna genome of these 41 sequences showed some L. harmless develop resistance to temperature, pH, dehydration and other stresses, as well as genetically identical hypervirulence to that of L. monocytogenes.

All the L. harmless the strains tested also had the complete sequence of the LIPI-4 hypervirulence gene, which can cause disease in humans. In fact, the LIPI-4 sequence that the researchers found in L. harmless is identical to that found in pathogens L. monocytogenes.

Mafuna said that is the number of harmful characteristics that the L. harmless strains share with L. monocytogenes this is the most worrying. And although the study only used samples from South Africa, the team say their results confirm other research showing increasing resistance in non-pathogenic patients. Listeria species in various parts of the world.

“Genomic information about the recently recognized expanded diversity of the genus Listeria are needed to improve our understanding of the evolution of virulence and virulence-associated properties of these potentially dangerous pathogens,” the study authors write. “This knowledge will also enhance the ability to develop and implement food testing and control procedures for the Listeria spp.

Some of those procedures, Mafuna says, include food processors trying different types of sanitizers — anything that isn’t benzalkonium chloride or the quaternary ammonium group of chemicals.

“Large industrial food processors may want to study the effectiveness of disinfectants based on benzalkonium chloride or quaternary ammonium compounds in their facilities. This can be done by taking swabs before cleaning and again after cleaning, and culturing them to see how well disinfection regimens are working,” Mafuna said. “We also need to look at our own facilities in South Africa to really see what’s going on. Our analyzes of these bacteria can help us predict the types of sequences to look for. »