While your kitchen refrigerator gets cold enough to keep your leftovers from spoiling, dilution refrigerators used for quantum computing research cool devices near the coldest physical temperature possible. Today, at the US Department of Energy’s Fermi National Accelerator Laboratory, researchers are building Colossus: it will be the largest and most powerful refrigerator at millikelvin temperatures ever created. 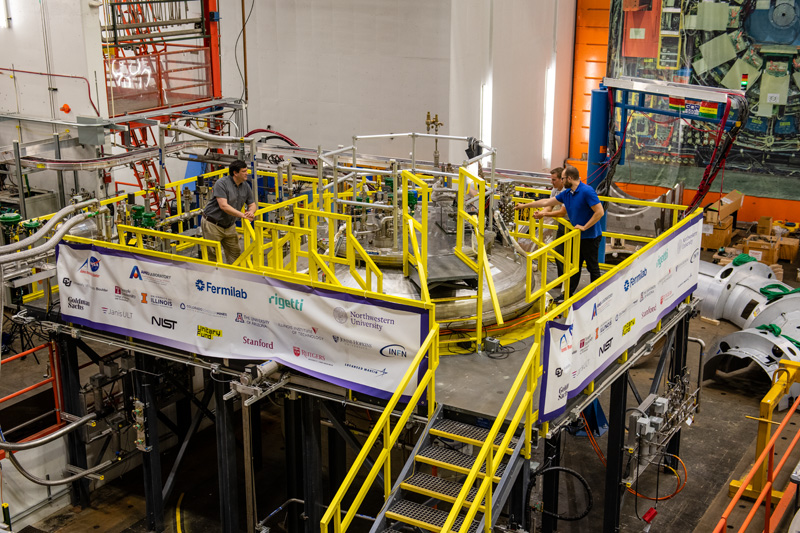 Colossus will offer 5 cubic meters of space and will cool the components to around 0.01K. Photo: Ryan Postel, Fermilab

Fermi Lab is known for its massive experiments, and Colossus will fit right in there. Researchers at the Center for Superconducting Quantum Materials and Systems hosted by Fermilab need plenty of space in cold temperatures to achieve their goal of building a state-of-the-art quantum computer. .

Unlike a kitchen refrigerator, which compresses gases called refrigerants to cool food, a dilution refrigerator uses a mixture of helium isotopes to create temperatures near absolute zero, or zero kelvin: the coldest temperature imaginable in physics, which is physically impossible to reach.

“With the power and cooling volume that Colossus will provide, SQMS researchers will have unprecedented space for our future quantum computer and many other quantum computing and quantum physics experiments,” said Matt Hollister, the lead technical expert for this project. “Colossus takes its name from the first electronic programmable computer, which was built in the 1940s for code breaking. It was a historic milestone in the history of computing and it seemed like an appropriate name for the size of our new fridge. “

SQMS scientists and engineers are tackling a challenge called quantum decoherence. Decoherence is a phenomenon that occurs when quantum information is obscured by signal noise or lost through the materials that make up physical qubits, the basic units of a quantum computer.

The metallic niobium cavities used by SQMS to develop better physical qubits are rooted in Fermilab’s famous particle accelerator program. The laboratory’s expertise in superconducting cavities and cryogenics, essential for the construction of modern and powerful particle accelerators, has made Fermilab a privileged location to host one of the national research centers in quantum information science from the DOE.

“Once we achieve our goal of building this massive machine, we look forward to seeing the incredible physics and quantum computing experiments that our fellow researchers have planned with Colossus.” – Matt Hollister, project lead technical expert

To make a quantum computer, researchers don’t just need high-quality qubits connected to each other, they also need lots of these devices.

Most dilution refrigerators that operate at millikelvin temperatures offer only a fraction of the space compared to Colossus, making scalability a major obstacle to building a useful quantum computer. Colossus will be so large that it will be able to house hundreds to thousands of highly coherent cavities and qubits.

The new dilution refrigerator will be built around a repurposed facility originally used to test components for Fermilab’s Mu2e experiment at temperatures of around 4K. When Colossus is fully built, it will offer 5 cubic meters of space and will cool the components to around 0.01K. That’s 10 times the cooling power and 15 times the volume at this temperature than standard commercial dilution refrigerators.

“At SQMS, we use metal cavities made of superconducting materials to perform our research. Superconducting materials are excellent for storing electromagnetic energy with very low losses, but the big caveat is that they have to be very cold,” Hollister said. “Fortunately, we’re building space to store hundreds to thousands of cavities and qubits, depending on geometry and sizes of course.”

The construction of Colossus faces many challenges related to its large diameter of approximately 2 meters. Like an overturned wedding cake, about seven plates of increasingly smaller diameters and increasingly lower temperatures will be suspended from each other and form the cryogenic structure of Colossus. 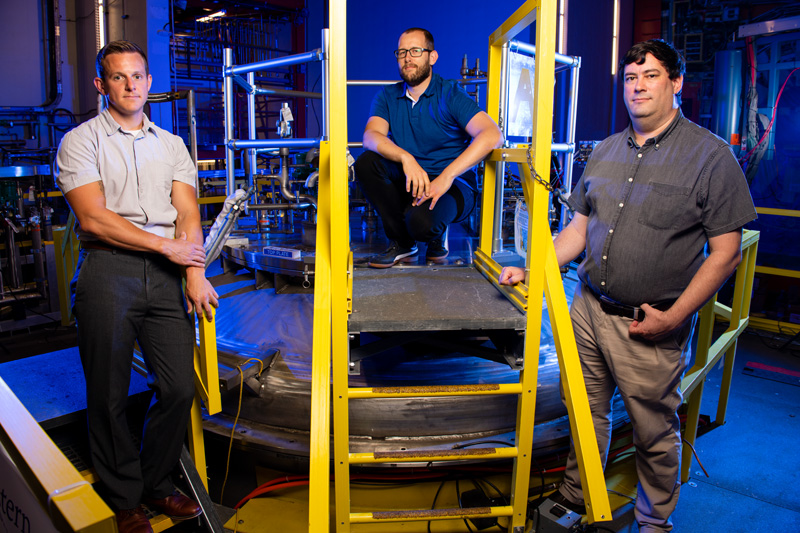 “A dilution refrigerator of this size has never been built before. This presents many technical challenges that our team faces,” said Grzegorz Tatkowski, SQMS Cryogenic Engineer. “We’re designing Colossus for a pretty large payload in terms of mass, and making sure each plate hits the right temperature specs needed for this project is a challenge.”

To build it, technicians will reuse the cryogenic factory and a control room originally used for the Fermilab experiment’s famous collider detector, which provided data for researchers to discover the top quark and also provided a recent measurement of the mass of the W boson.

“This is a very different cryogenic challenge than what I faced when I worked in the Neutrino division at Fermilab,” said cryogenic engineer Chris James. “There we were working with massive tanks that could hold several tons of ultra-pure liquid argon to detect tiny particles called neutrinos. Here I’m working with liquid helium of about 0.01 K, or about 10,000 times colder than liquid argon.

To finalize the Colossus design and specifications, the SQMS team conducted an extensive review process of the refrigerator components. The team plans to begin major purchases in the summer of 2023.

“Once we achieve our goal of building this massive machine, we can’t wait to see the amazing quantum physics and computing experiments our fellow researchers have planned with Colossus,” Hollister said. “The Colossus team is excited to build a one-of-a-kind machine to enable our next experiments and create computing devices that will advance knowledge and capability.”

The Center for Quantum Superconducting Materials and Systems at Fermilab is supported by the DOE Office of Science.

The Center for Quantum Superconducting Materials and Systems is one of five national quantum information science research centers of the United States Department of Energy. Led by Fermi National Accelerator Laboratory, SQMS is a collaboration of 23 partner institutions – national laboratories, universities and industry – working together to bring transformational advances in the field of quantum information science. The center leverages Fermilab’s expertise in building complex particle accelerators to design multi-qubit quantum processor platforms based on advanced qubits and superconducting technologies. Working hand-in-hand with partners in the embedded industry, SQMS will build a quantum computer and new quantum sensors at Fermilab, opening up unprecedented computing possibilities. For more information, please visit sqms.fnal.gov.

The Fermi National Accelerator Laboratory is supported by the US Department of Energy’s Office of Science. The Office of Science is the largest supporter of basic physical science research in the United States and works to address some of the most pressing challenges of our time. For more information, please visit science.energy.gov.