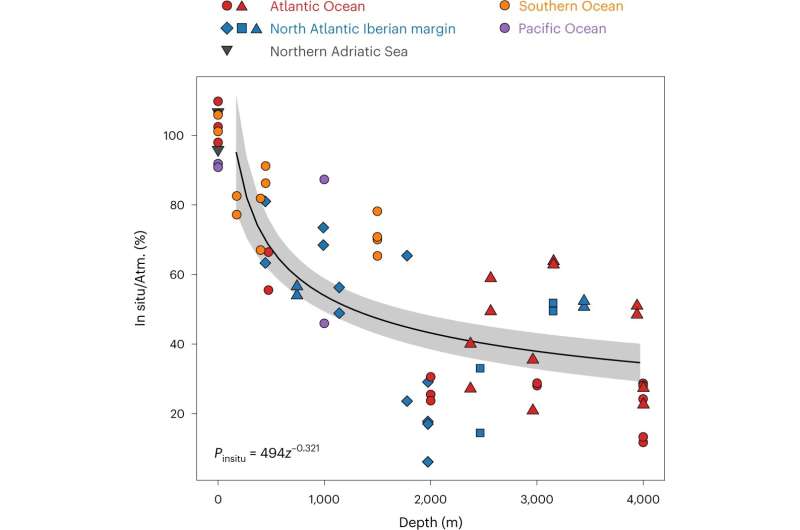 For many years, ocean scientists assumed that the world’s oceans were teeming with microbes that would eat anything that died in their waters. And while that turned out to be true, it’s not true in the way it was thought to be, at least not according to the results of this new research.

Previous research has suggested that at least some parts of the deep ocean either lack microbes or harbor microbes that do not consume biomatter. A bologna sandwich, for example, found in a sunken submersible with its hatch open, had barely deteriorated, even after 10 months deep underwater. Clearly, the underwater ecosystem is large and varied, with some areas more prone to biomolecular degradation than others.

Such observations have led other researchers to suggest that certain types of algae could extract carbon from the air, sink to death, and carry the carbon with it, sequestering it in very deep, cold waters. But that doesn’t seem likely as new evidence suggests microbes in the ocean aren’t the same everywhere.

Looking at their data, the researchers were surprised to find that only 3% of the microbes they studied converted oxygen into CO2. The rest were mostly inactive, due, the researchers said, to pressure. They also found that greenhouse gas emissions that end up in the ocean are very unevenly distributed, suggesting trying to use the oceans to store more CO2is currently impractical, and perhaps reckless. It also shows that ocean scientists still have a very limited understanding of ocean chemistry.